THE TRADEMARK OF VIENNA

An iconic feature of Vienna’s city center, St. Stephen’s Cathedral sits quintessentially in the heart of the Austrian capital.

First construction efforts of the original structure date as far back as the first half of the twelfth century. Major reconstruction, repair, and restoration in the latter half of the fifteenth century, and lasting until 1511, imbued the St. Stephen’s Cathedral with a strong Gothic touch. 230,000 glazed tiles line the rooftops of the rear of the cathedral, depicting the city’s and it’s former empire’s coat of arms in dizzying detail.

Take time to go beyond a simple peek inside the cathedral and explore the catacombs beneath with a guided tour of the Habsburg burial sites. Not feeling up for the depths of the crypts below? Scale the 136 meter high South Tower instead. 343 steps separate its heavenly heights from the mere mortals below. 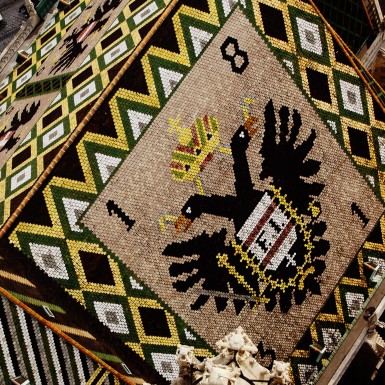