Travelling through time with Sacher

Let there be cake!

In 1832 Prince von Metternich instructed the merely 16-year-old apprentice Franz Sacher to create a dessert for his discerning guests. The sweet and sumptuous masterpiece was to be made with chocolate, apricot jam, and whipped cream, which became the tasty triad comprising the basis of the recipe for success that would become the Original Sacher-Torte. That very recipe remains the foundation for every Original Sacher-Torte baked by hand to this very day.

Today, the Original Sacher-Torte stands out as one of Vienna’s cultural and culinary crowning symbols. In fact, to quote the German daily Süddeutsche Zeitung, it is “widely accepted as a currency of interpersonal relationships around the world.” Indeed, the hotel, which the son of the pioneering patissier opened years later, now similarly stands out as one of the most renowned hotels in the world! 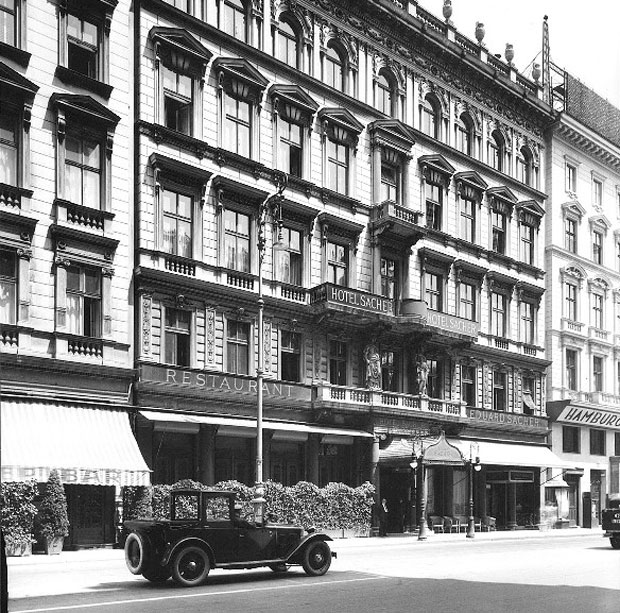 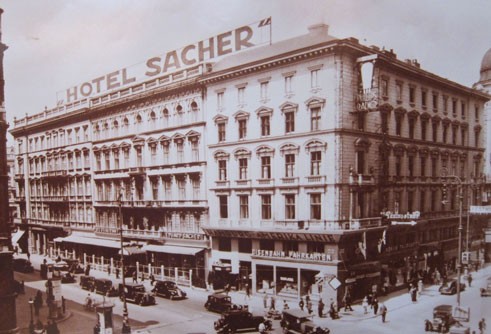 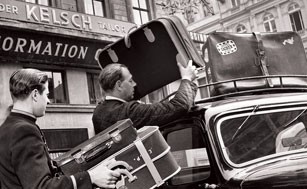 Eduard Sacher, son of the prodigious patissier Franz, opens an exclusive luxury hotel in the heart of Vienna proudly bearing the family name, Sacher. The cake of the same name instantly becomes the hallmark of the house.

Eduard Sacher marries Anna Maria Fuchs, a butcher’s daughter, who would soon turn the Sacher into Vienna’s most sought-after hotel and a favourite meeting place of celebrities and the day’s high society.

Eduard Sacher dies, leaving the establishment to his wife, who officially and wholeheartedly assumes responsibility for its fate. Anna Sacher’s management style is strict but fair, injecting a dose of tough love into the family recipe. The “grande dame” becomes something of the talk of the town, known for her love of cigars, which she was rarely seen without, as well as her canine compulsion, springing from her favorite pastime of breeding French bulldogs. 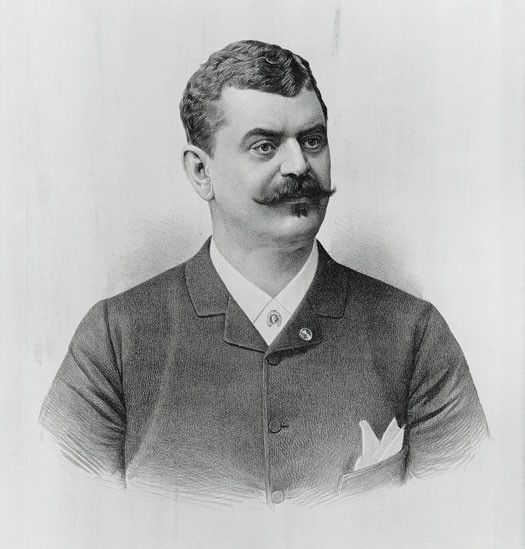 The end of the monarchy and the cultural upheaval of the inter-war years also mark a turning point and years of change for the select meeting place of Vienna’s most prominent figures from the worlds of politics, business, and art. In the years to come, Anna Sacher gradually relinquishes control over the hotel’s operations.

Anna Sacher dies in her room at the hotel that had become her life. Tens of thousands of Viennese pay their respects at her funeral procession to the Augustinian Church.

Hans Gürtler and his wife Poldi, along with the Siller family, take over the traditional Viennese institution and renovate the venerable building, restoring its former lustre.

The build-up towards World War II once more brings the flows of tourism to a grinding halt.

After the war, the Sacher falls first into Russian, then into British, hands. The Gürtler and Siller families only regain control over the hotel six years later. Once again, the Sacher is renovated to allow it to return to its rightful glory.

Co-owner Josef Siller dies, leaving his share of the Hotel Sacher to his wife Anna. 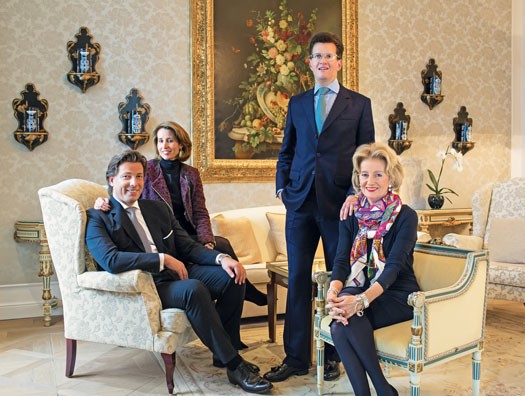 The Hotel Sacher is expanded. Several small courtyards are integrated into the hotel, and banquet rooms are created.

Anna Siller dies. The hotel becomes the sole property of the Gürtler family.

Hans Gürtler dies. His son Rolf takes over the business but tragically dies in an accident only a few, short months later. His son, Peter Gürtler, assumes responsibility for the business

Peter Gürtler begins expansion of the Sacher enterprise, taking over the “Österreichischer Hof” hotel in Salzburg.

Peter Gürtler dies. The hotel becomes the property of his children, Alexandra and Georg. Their mother, Elisabeth Gürtler, takes over management of the hotel on behalf of her children, who are still minors at the time. The Sacher stands proudly as the only family-owned and family-run luxury hotel in Vienna.

The Sacher Hotels become members of the “Leading Hotels of the World”.

SACHER PICKS UP THE PACE

In Innsbruck, the first independently run Café Sacher is opened, followed by the Café Sacher Graz in 2003.

The “Österreichischer Hof” hotel in Salzburg is renamed the Hotel Sacher Salzburg. 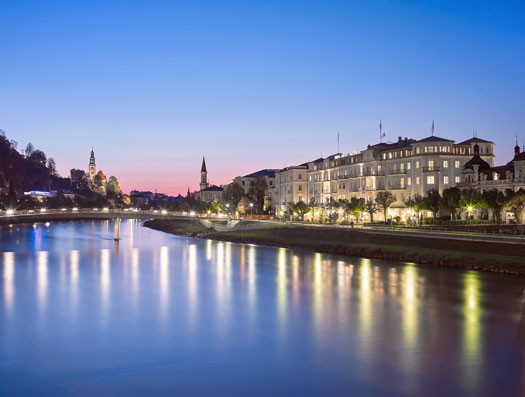 The ‘Sacher Eck’, an elegant, modern wine bar is opened at the Hotel Sacher Wien.

The Vienna hotel receives a modernizing makeover. For the first time in its longstanding history, the Hotel Sacher is closed for 10 weeks, as public areas such as the entrance area, concierge desk, lobby, and front desk are renovated. The attic floor is converted, enlarging the hotel by an additional 52 rooms. The new design is developed together with the French interior designer Pierre-Yves Rochon. 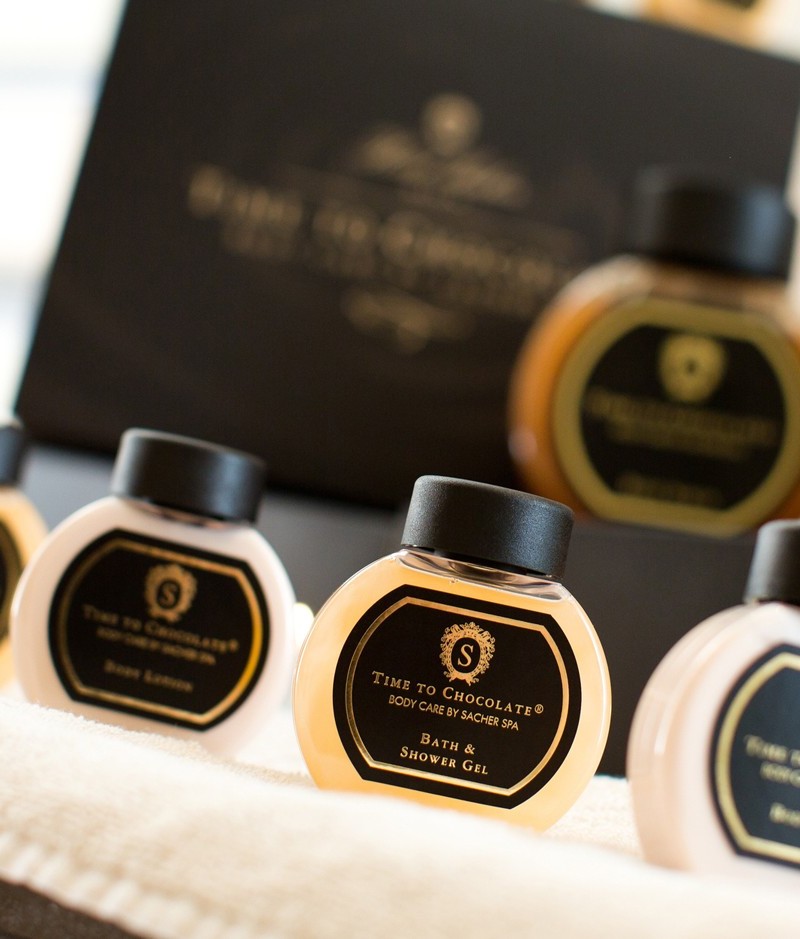 As the top luxury hotel in Vienna, the Hotel Sacher opens the Boutique Sacher Spa.

The Original Sacher-Torte has long been an export success. Approximately 360,000 hand-made cakes are shipped to all corners of the globe each year. Building on this success, the Sacher Artists’ Collection is launched in 2008. Each year, a different artist transforms the wooden box of the Original Sacher-Torte, creating limited editions for a good cause. The total proceeds of the special edition benefit a newly selected cause each year.

Renowned Austrian artists like Hermann Nitsch, Gustav Peichl a.k.a. “Ironimus”, Xenia Hausner and Gottfried Helnwein have so far graced the packaging of the world-famous Original Sacher-Torte, turning the elegant wooden box into originals of the Austrian artworld, available in strictly limited editions of 1,000 pieces each.

The next generation is brought in to assume responsibility for the performance of the business. Georg Gürtler, Alexandra and Matthias Winkler as well as the whole Sacher team stand for a guest experience of the highest quality, infused with passion and topped off with an international flair and layers of excellence.

The Sacher continues to be the only family-owned and family-run luxury hotel in Vienna.

The initiation of the Sacher School of Excellence offering all Sacher employees, from apprentices to managers, comprehensive education and training. Specialist skills and personal training, excursions to partners and suppliers as well as participation in competitions all offer a wide array of opportunities to develop and deepen existing traits and skills, while also learning new things. 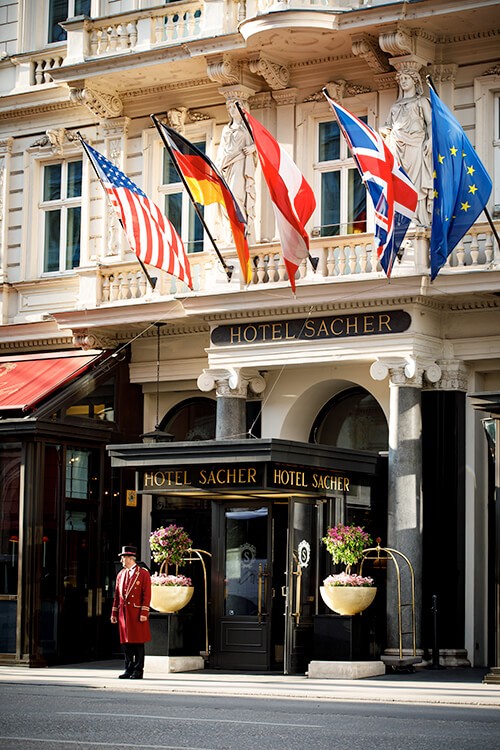 The redesign of the Bel Etage of the Hotel Sacher Wien opens up seven unique suites for our guests including the Wiener Philharmoniker Signature Suite.

The Sacher Eck has also reopened after extensive renovations and is now ready to serve and charm its guests across two floors, doubling the delight of the exceptional Sacher experience.

Opening of the Sacher Eck at the McArthurGlen Designer Outlet in Parndorf.

Redesign of various rooms, restaurants & cafés. It continues to remain a great concern across the generations of the Gürtler Winkler family to keep the Sacher Hotels and Cafés up to date and comfortable in order to meet and exceed the expectations of our guests. Comprehensive renovations in both hotels along with new designs of several of the restaurants permanently strive to retain the establishments’ rich history while providing it with new lustre. 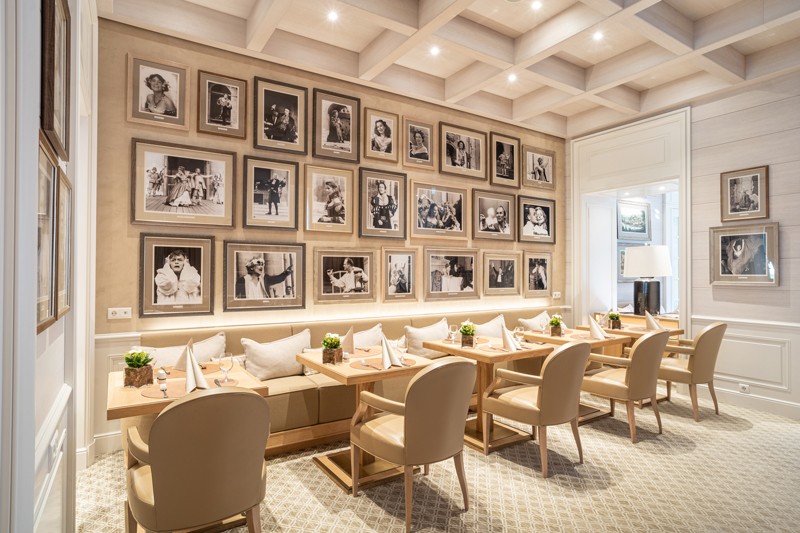 HISTORY OF THE SACHER FAMILY