Many myths and stories turn around the world-famous Wiener Schnitzel. One of the many legends assumes that Czech field marshal Josef Wenzel Radetzky is said to have brought the legendary dish from Italy to Austria.

When Radetzky was stationed in Lombardo-Veneto around 1848 as General Commander of the Austrian Army, he became acquainted with the so-called Milanese Chop. He was so enthusiastic about it that in the course of his military interim reports he also informed the emperor about this delicious dish. After returning from Italy, he was immediately ordered to the imperial court and instructed to pass on the recipe to the head chef. The small tasting at the Viennese court became a pleasure for the whole nation. However, in the course of time the recipe was slightly adapted and refined and the dish was offered under the name “Wiener Schnitzel” in the Austrian restaurants and therefore may not be missing on our Sacher menu.

For your Sacher experience at home, you can find the Wiener Schnitzel recipe in our Original Sacher Cookbook!

(Served food and drinks may differ from the illustration) 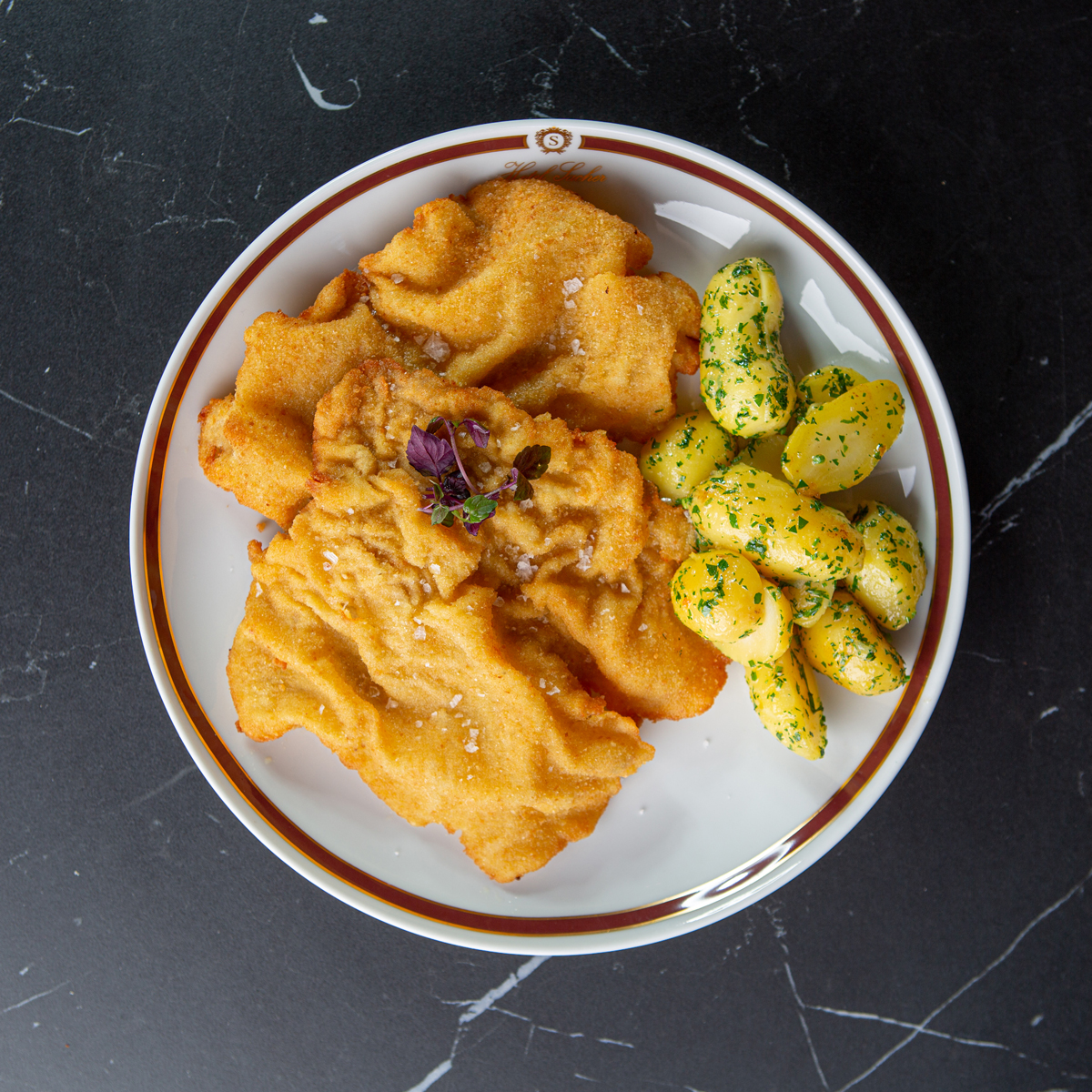