A very special genesis entwines around the Viennese Tafelspitz, which is connected with the Sacher. Although the then reigning emperor Franz Joseph was said to be a very humble man, he was also known to be a quick eater, which supported the emergence of the Tafelspitz. According to the court protocol, it was only allowed to eat as long as the emperor was eating. Therefore, the guests at the end of the table remained hungry since Franz Joseph had already finished his dish by the time the last guest received his plate. After the companion was dissolved, the nobles trekked down to the nearby Restaurant Sacher, where Anna Sacher had put together a dish, especially for such case, which was able to simmer for a long time and always ready to be served: The Tafelspitz.

For a gourmet bite outside our Sacher Café, you can find the Tafelspitz recipe in our Original Sacher Cookbook!

(Served food and drinks may differ from the illustration) 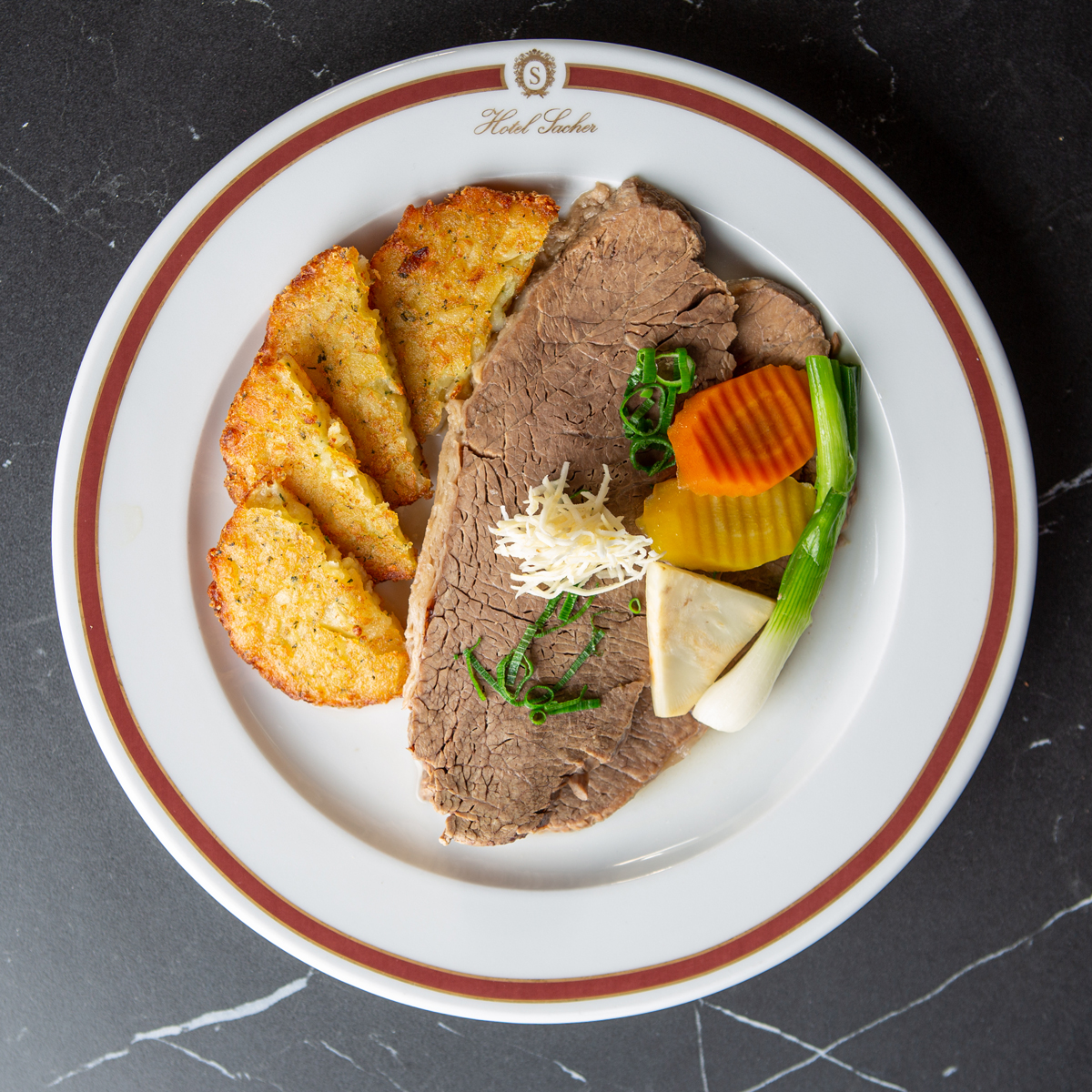