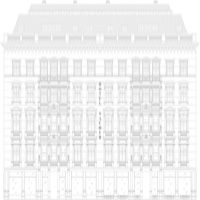 Dancing the Night Away

The Vienna Opera Ball is the zenith of the Austrian ball season and an inspiration for balls throughout the world. Every year, the Vienna State Opera opens its doors in celebration of the Viennese carnival season, flooding its halls with music and dancing to the delight of high society and eminent guests from the cultural, political, economic, scientific, and entertainment spheres.

“Alles Walzer”
Every February on the last Thursday of the carnival season, the Vienna State Opera transforms into the most elegant and stylish ballroom in the city. Lavish floral arrangements, jaw-droppingly elegant gowns, and a gala opening with international opera and ballet stars render the Vienna Opera Ball an unforgettable experience year after year – all of which is adored live on TV by millions. 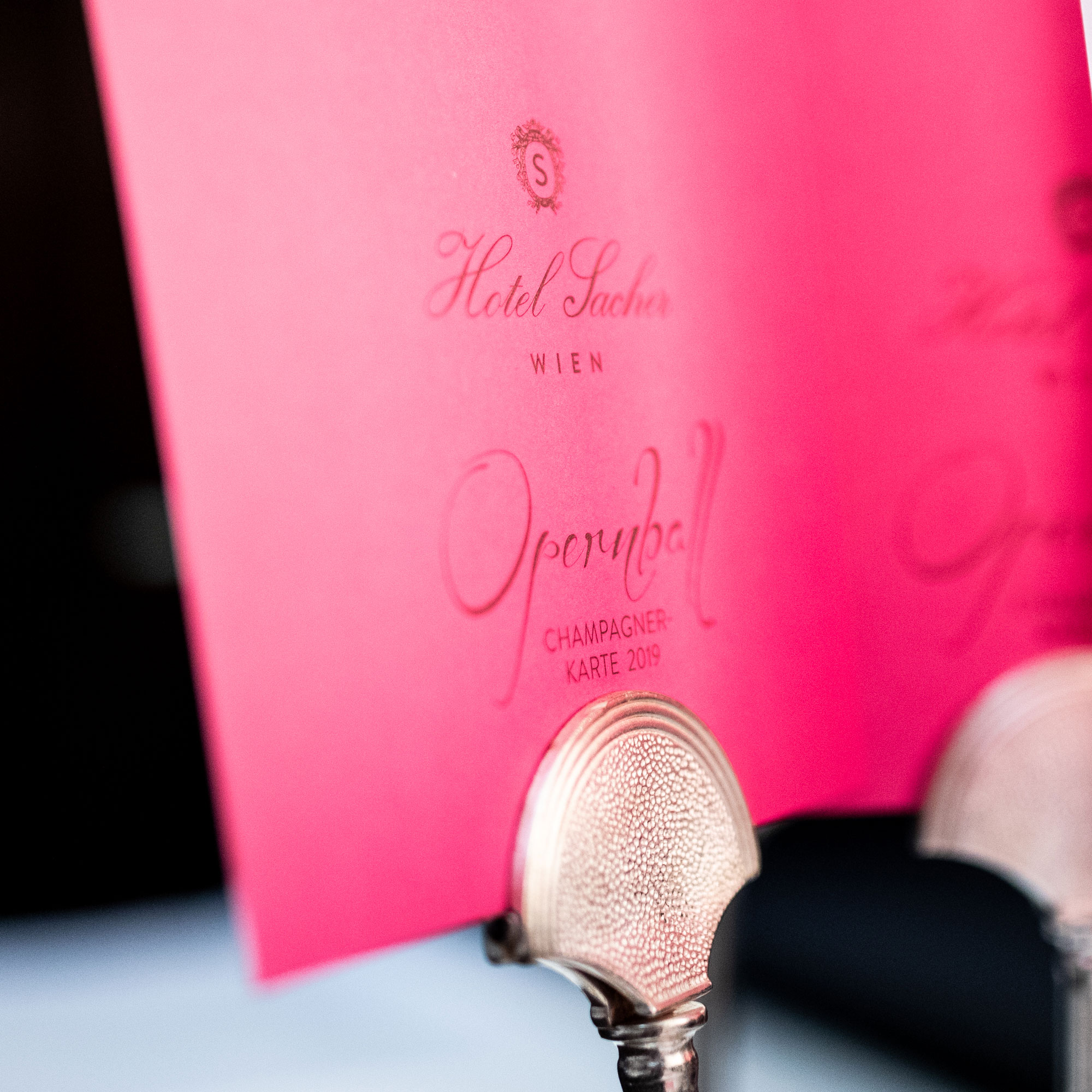 Hotel Sacher Wien and Executive Chef Dominik Stolzer’s team invite you to a one-of-a-kind beginning of the ball night with an extraordinary gala dinner. For the opera ball night, the Sacher transforms into an exceptionally magical place and sets the right mood for an evening full of dancing and waltzing.

When dawn comes and the night is over, the team at Café Sacher is there to keep hangovers at bay with a special breakfast, served from midnight until 7:00 a.m. onwards. 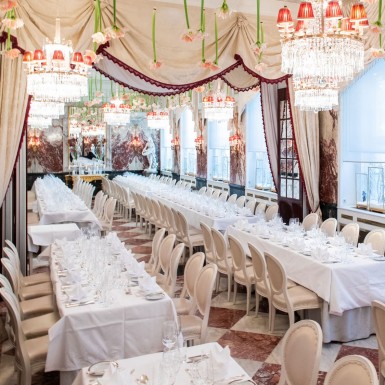 The Highlight of the Ball Season

Oh! What a Night

For the night of the nights at the Vienna State Opera, the entire building is open, from the cellar to the attic, and can be accessed, or rather, danced in, by all 5,150 guests. The various levels of parquet, orchestra pit, and stage are all merged into a single dance floor. Restaurants, champagne bars, oyster bars, a casino, and even a disco with its own wine tavern are installed across the other countless halls and rooms of the Vienna State Opera, ensure an evening like no other, filled with friends and pleasant surprises.

Oh! What a Night

From Waltzes to Quadrilles

In addition to the artistic opening of the Vienna Opera Ball by the Vienna State Ballet and Vienna State Opera Orchestra as well as international opera stars, the evening’s festivities are kicked off by 150 pairs of debutants dressed in snow-white evening gowns and tailcoats. The debut at the Vienna Opera Ball is the culmination of the year’s social events for the debutant’s committee and their parents. The opening is completed with the proclamation of the famous “Alles Walzer (Everybody Waltz)” as the Danube Waltz plays, inviting guests to join the fun on the dance floor. 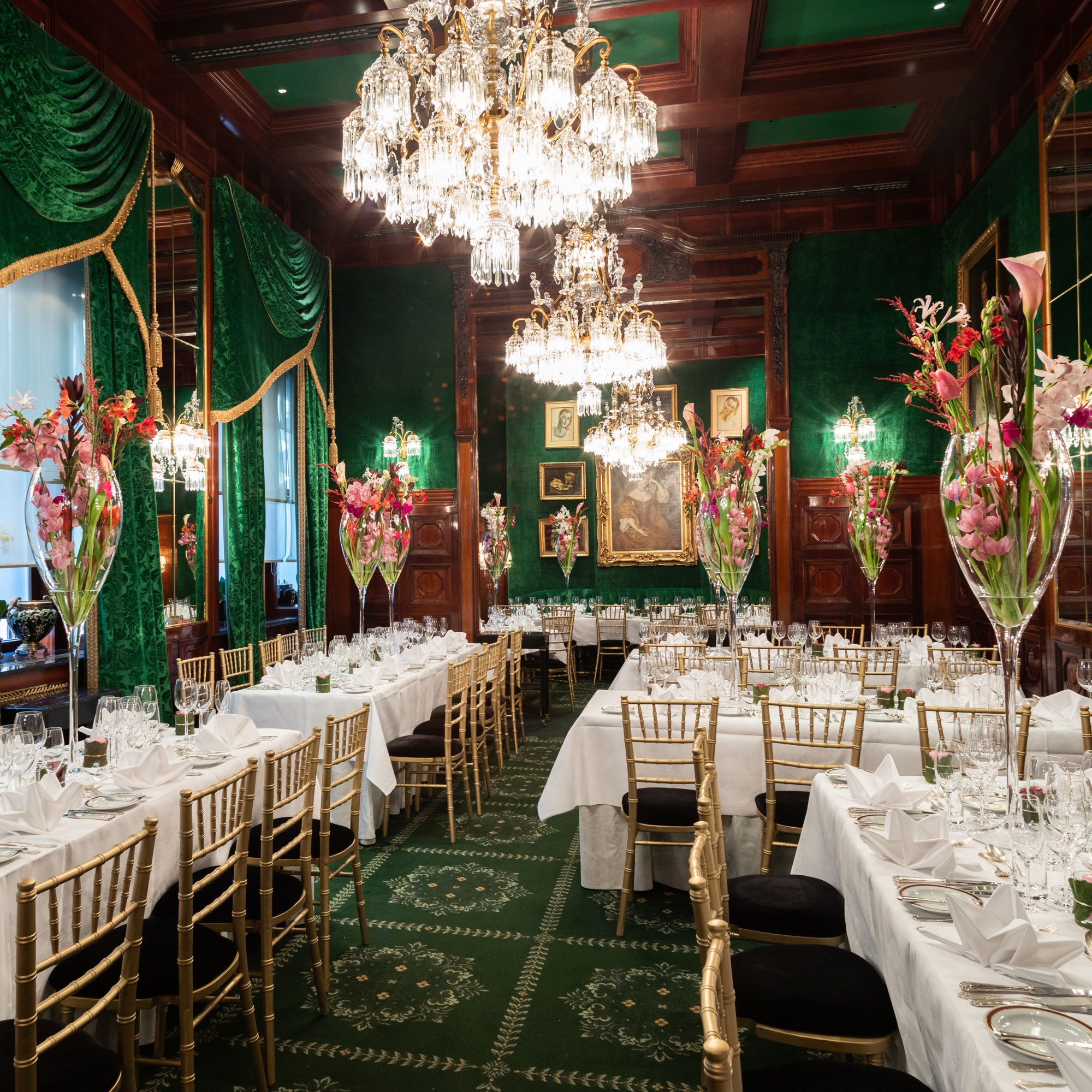 When midnight falls, the dance floor throbs and the air crackles with tension. The midnight quadrille is also a must for the ball guests at the Vienna Opera Ball. The choreography, danced to the music of the “Fledermausquadrille.” Those who miss the midnight quadrille have the opportunity to partake of this dance pleasure at 4:00 a.m. as well.

Traditionally, the flower decorations are plucked apart by the guests at the end of the evening. So all who stay to the very end can take home a floral memento of the Vienna Opera Ball and a truly special night.